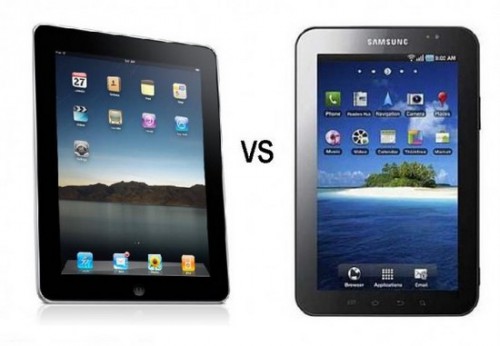 It’s the tit for tat reaction we all expected after a Judge awarded Apple access to view a selection of Samsung’s upcoming SmartPhone and Tablet devices. Samsung filed a motion on Friday night requesting Apple to grant them access to the upcoming iPhone 5 and iPad 3 in an effort to determine who is copying whom.

Samsung made the request in order to determine whether or not similarities exist between Samsung’s Tablets & SmartPhones and Apple’s, and whether there is any potential legal action as a result of similarities.

Last week, the Judge officiating the Apple / Samsung tug of war awarded Apple a look at Samsung’s Galaxy S2, Galaxy Tab 8.9, Galaxy Tab 10.1, Infuse 4G, and Droid Charge. It is expected that Apple will use this window of opportunity to determine whether or not to file a motion to prevent these devices from entering the market if they feel they abuse Apple’s intelectual property.

The big difference between Samsung’s claim and the one awarded to Apple, is Samsung have already announced their devices and even has demo units of all devices except the Tab 8.9 already in the open. The features and specs of Apple’s iPhone 5 and iPad 3 is still unknown.

It would seem Apple has more to lose than win in this battle.

(Via This is my Next)