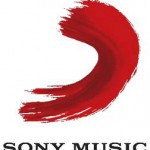 Apple has reached a licensing agreement with Sony Music for users to stream music from the much anticipated iCloud service, according to Bloomberg. Expect Apple to eliminate the need to upload music libraries.

This is the third label of the big four to make a deal with Apple, leaving only Universal Music Group out of the bunch. However, a source for Bloomberg said Universal is close to a deal. EMI signed a deal with Apple yesterday along with Warner music last month. Bloomberg also said Apple “would need to reach agreements with music publishers, which control different rights than the labels.”

Apple has taken a legitimate approach to their digital music locker service, unlike with Google Music and Amazon Cloud Player. Google and Amazon began allowing their users to store their library online without concern for securing digital rights from the music industry. This could come back to bite them later on when users fail to adopt the services or worse, when they end up in court with the music industry.

There is a key difference to the two approaches. Google and Amazon require users to upload their entire library of music. Additionally, Amazon will automatically store music purchased from their MP3 Store on a user’s Cloud Drive. Google, however, doesn’t even offer songs for purchase, making it a glorified Dropbox-style music player. Apple is likely securing legitimate licensing deals with the music industry in order to eliminate the major hassle of uploading files. Anyone who has ever tried to use an online backup service knows how much it sucks when you try to upload 40GB worth of data.

Apple will be different. They will make life easier by allowing users to simply authorize their iTunes library for use with iCloud. In other words, they will analyze the music database and enable those songs for streaming anywhere, to any device, as long as you’re signed in with your Apple ID. This is exactly the way LaLa worked, the service Apple bought last year and promptly killed. This is also good for Apple from a data center perspective since they theoretically would only have to store one copy of each song rather than having a million copies of everyone’s Lady GaGa tracks. The world will be a better place if we can eliminate that scenario.

Cupertino is known for not always being first with an idea, but perfecting a concept for an amazing user experience. If Apple can manage to simplify the experience with the click of a button in iTunes to authorized your Apple ID for streaming, then Amazon and Google’s music services are pretty much dead in the water.