Many consumers have been frustrated for some time at the iPad 2’s supply constraints and lack of swift availability, and many users had to wait far beyond launch day to get their hands on the new tablet. It seems that Apple has finally been able to fix their supply issues, however, and Apple’s online store now shows a shipping window of just 3-5 days for new iPad 2 orders. 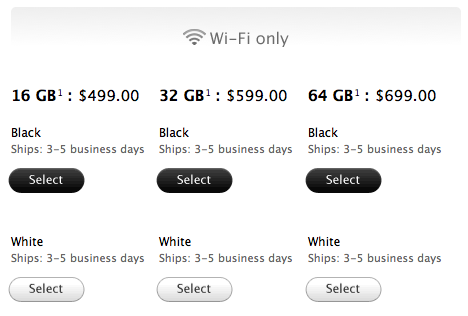 This is the first time ever since the iPad 2’s launch in March that the availability has dropped under a week (and it didn’t stay there for long back in March!). It’s excellent news for people still looking to get their hands on an iPad 2, and the new shipping times are reflected in both the US and U.K. online stores (and possibly other countries’ stores as well).

The fact that it has taken this long to stabilize the supply of the iPad 2 makes me a bit concerned to see so many rumors floating around about a possible iPad 2 HD to be released this fall – even though the alleged new model will only have an improved screen, I’ll still feel as if I’ve just been slapped in the face if the rumors turn out to be true..

If you’ve been putting off buying that shiny new piece of Apple awesome, there’s no better time than now to get a jump on it! What are you waiting for? Go get ’em!