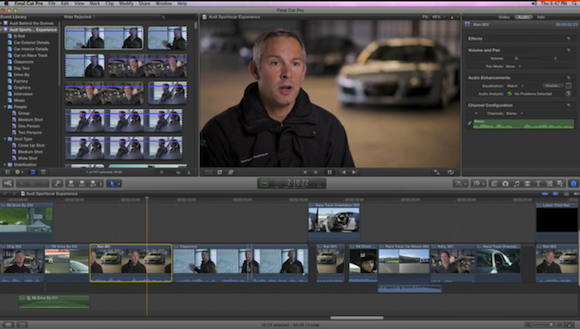 Apple has also released a new SDK to camera manufacturers, allowing them to write Final Cut Pro X plugins to enable their cameras to work natively with Final Cut Pro X. Previously, customers would have to wait for an update to Final Cut Pro bringing support for new hardware.

Final Cut Pro X 10.1 (link) had not hit the Mac App Store at the time of this writing, but should land soon. An updater is available from Apple’s website, and Apple’s new 30-day trial of Final Cut Pro X can be obtained direct from Apple.