Bluetooth headsets often seem to me to be almost too similar to each other for their own good, with lots of choices available, but fairly little to set one headset in a certain price range apart from another except for personal preference. 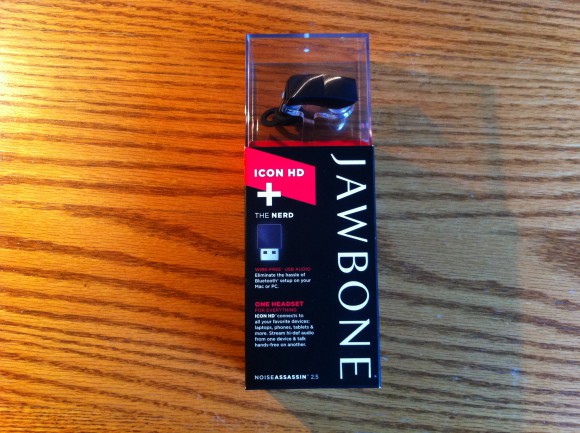 Aliph’s new Jawbone Icon HD + The NERD seems to distinguish itself from the competition through customizable “apps” to change voices or behaviors on the headset. The Icon HD also includes a unique companion gadget, the NERD, which makes it a lot easier to pair the headset to your laptop for use in programs like Skype.

The Icon HD itself is a very subtle upgrade to its predecessor, the Icon, with a larger and higher quality speaker that improves audio quality, especially in noisy environments. What really makes the Icon unique, however, is the NERD. 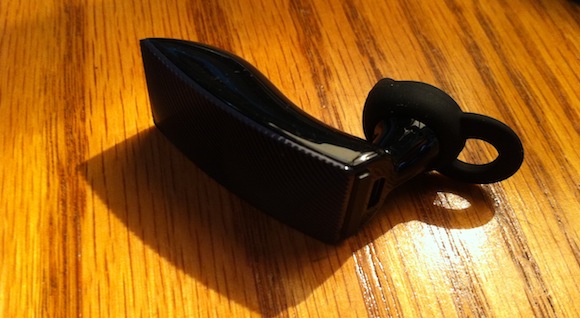 The NERD is a small USB adapter that pairs with your headset, automatically treating the headset as an audio output on either a PC or Mac without the need for pairing or interrupting its communication with your phone.

As is typical with Jawbone’s products, the Icon HD is a beautiful and solidly built headset. The packaging is tight and compact, as well as attractive, and the headset inside is attractive, functional, and extremely comfortable.

I was initially concerned about the fact that the NERD takes up an entire precious USB port, but after using the Icon HD paired to my Mac through Bluetooth, and then allowing the NERD its chance to shine, I felt that NERD improved the consistency of the connection and the quality of both the incoming and outgoing audio through the headset enough to earn its place in my USB hub. 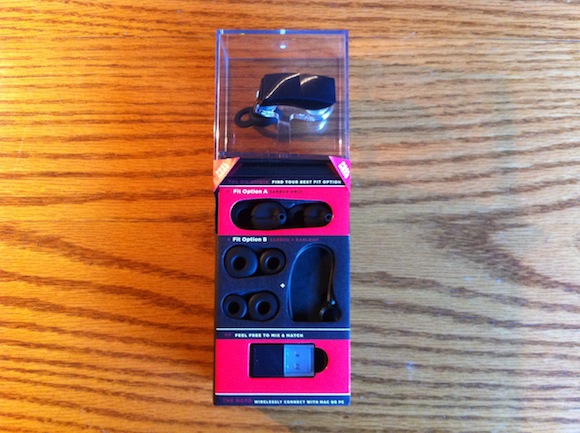 The iCon HD impressed me right off the bat by entering into pairing mode as soon as I turned it on, pairing with my iPhone in a matter of seconds, and integrating with my iPhone straight out of the box, showing the headset’s battery level in the menu bar, and also natively supporting the iPhone’s play and pause functionality for music.

The iCon HD is a beautifully designed headset, packing impressive noise cancellation, respectable audio clarity, and a number of unique features all into a small, tight package that looks as good as it works.

Comfort is among the primary design motivations for the Icon HD, and Jawbone has taken every step to ensure that the Icon HD fits confortable and firmly against your head. The package includes a variety of ear pieces, with or without an ear loop, to fit any ear comfortably.

Jawbone has also packed a cool feature into the headset while ensuring a secure fit – a small black nub that rests gently against your cheek, which makes the headset feel more secure, but also detects facial vibrations, helping the device cancel out background noise during calls and tune into your voice.

The Icon HD, like its predecessor, includes an interesting feature called MyTALK. MyTALK is a unique web interface that works by installing a small helper app on your Mac, and allos you to install apps on the headset. The apps program the headset with new features, such as new built-in voices, but can also add features such as directory assistance, 411, voice dialing, and the ability to record thoughts using the headset and send them later using Jawbone’s iOS companion app, Jawbone Thoughts (Free, App Store Link). 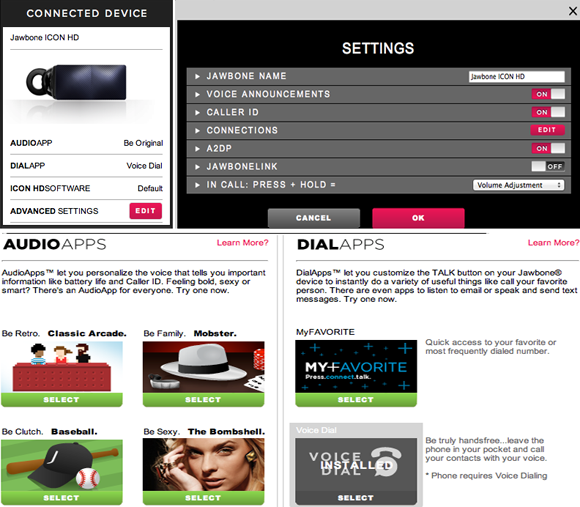 The ability to customize your headset is both useful and unique, and each of Jawbone’s available apps tends to work extremely well, doing what it claims it will do, nothing more or less. 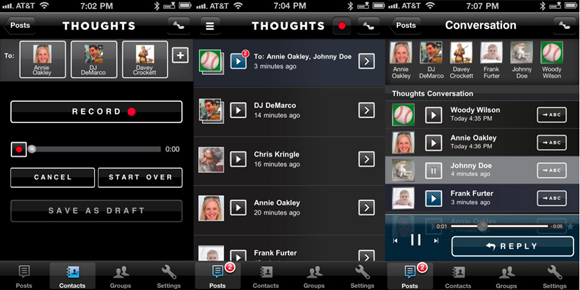 Jawbone Thoughts is an interestion companion app, which lets you record messages in your natural voice, and then send them to anyone in your address book either as voice clips, or as transcribed text – it’s a unique feature that can make it easier to use your phone completely hands-free, freeing your hands up for more important things. 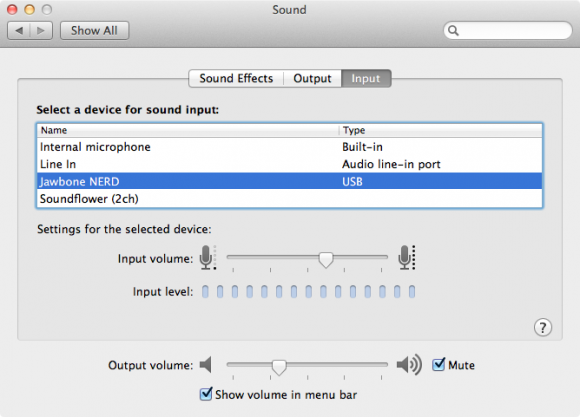 The NERD also maintains a more consistent and higher quality connection between your laptop and the headset than a direct bluetooth pairing, reducing the delay and latency in both transmitted and received sound between the headset and your laptop. In addition to making the pairing process faster and much, much easier, it also improves your connection, which left me extremely impressed, even though it required me to give up a USB port.

Ever a workhorse, the NERD also includes another extremely useful function: it can automatically detect the difference between mono and stereo signals and adjust itself accordingly. This is a beautiful concept – you can be listening to music through iTunes, and when a call comes it, your music will automatically stop playing, allowing you to answer the call with a single button press without any extra action on your part. Once the call is finished, your music begins playing again, and all of this happens so seamlessly that you hardly notice it’s happening at all.

The NERD is most useful, however, for those that use multiple computers, as you only have to pair your headset once to the NERD, and the NERD automatically carries that pairing to any Windows or Mac computer that you plug it into.

Jawbone’s Icon HD is at least as strong a performer as any other headset I’ve used, and has a more impressive range than most – I was able to travel 30 feet from my phone before the connection quality starting noticeably fading. The Icon HD claims to last about 4.5 hours of active use on a charge, and fully recharges in about 90 minutes. In my experience that 4.5 hour rating was fairly accurate. In my usage of the headset, I was actually able to stretch 6-7 hours of use out of the headset, which is typical for most bluetooth headsets. 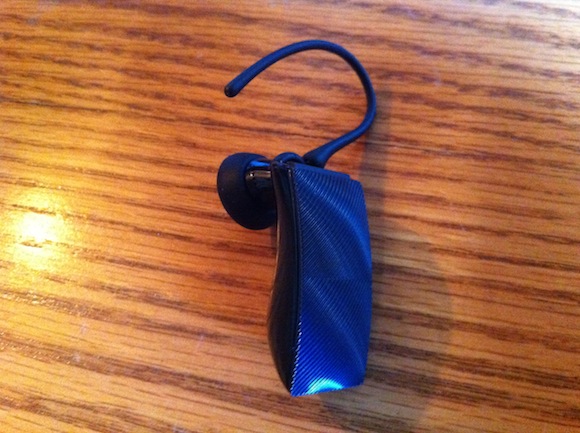 That little black nub that rests against your cheek that I referenced when talking about the iCon HD’s design is part of a feature called NoiseAssassin, which an advanced background noise cancellation method that works by detecting your specific voice.

It does this by picking up vibrations from your face through that small sensor that rests against your cheek, which Jawbone calls the Voice Activity Sensor. The result is that the Jawbone ICON is able to deliver speech quality and background noise elimination better than any other headset I’ve seen, and I’ve used a fair share. 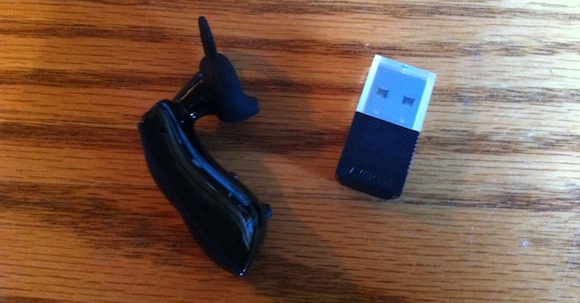 Call clarity using the Icon HD was also very good, although I didn’t find the clarity quite as impressive as my Plantronics Voyager Pro+ (review) delivers, although the difference was small enough that I doubt it would make a difference to most users.

The Jawbone Icon HD + The NERD is a fantastic combo of devices for any smartphone user, especially if you’re a multitasker. The NERD’s unique pairing makes using the headset with multiple computers an absolute breeze, and even improves the connection between headset and computer. All in all, I consider the NERD to be the best headset Jawbone has released yet. 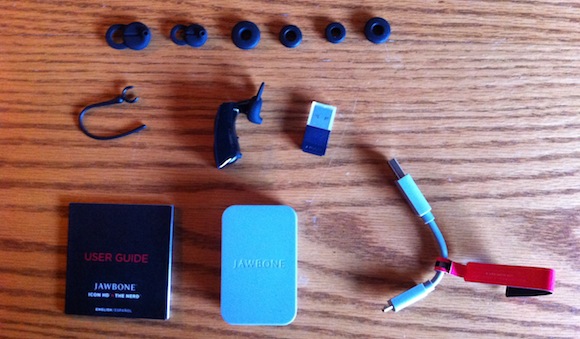 Even considering its many merits, there were a couple of counterpoints to consider. First, the asking price of $139 is a bit steep for a consumer device, even though $40 of that is really paying for the NERD. Second, I found myself wishing that Jawbone had included some kind of carrying case for the NERD, as well as making the NERD available separately rather than only being able to purchase it as a bundled item with the Icon HD.

As a final point, I’d suggest that while the Icon HD + The NERD truly is an excellent headset, it’s not for everybody, and people who only intend on using a headset with their phone might be better served by picking up a simpler headset such as the Plantronics Voyager Pro+.

Considering the Icon HD + The NERD’s many high points, and weighing those out with the few concerns that I did have with the device, I award the Jawbone Icon HD a 4.5 out of 5, shaving of a half-point due to the price and the fact that Jawbone could have included such niceties as a carrying case for the NERD. Below are a few of the pros and cons I encountered in my review: 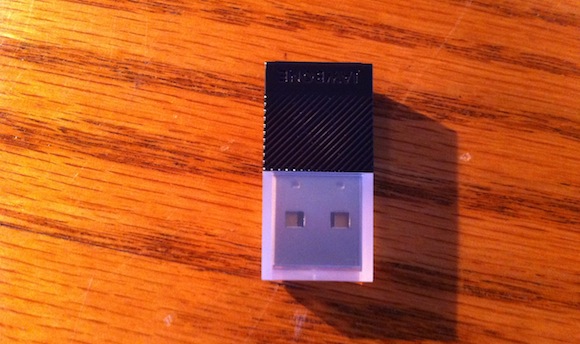 For more information, or to purchase the Jawbone Icon HD + The Nerd ($139.95), visit Jawbone’s product page on the web.