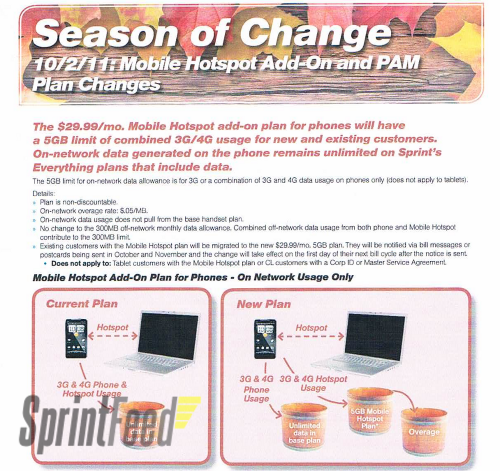 While Sprint will stil offer unlimited smartphone data, those who purchase an additional $30 monthly mobile hotspot plan will be limited to 5GB of monthly data. Mobile Hotspot plans allow users to tether their data connection to laptops and other devices, and also allow users to use their data as a mobile internet access point on supported hardware.