The masters of teardown iFixit clearly don’t fancy Apple’s gadgets as far as repairability is concerned. After tearing down the Retina Macbook Pro to declare it Apple’s least repairable product yet, it has now ranked Google’s Nexus 7 tablet as much more repairable than the new iPad, ArsTechnica reports. 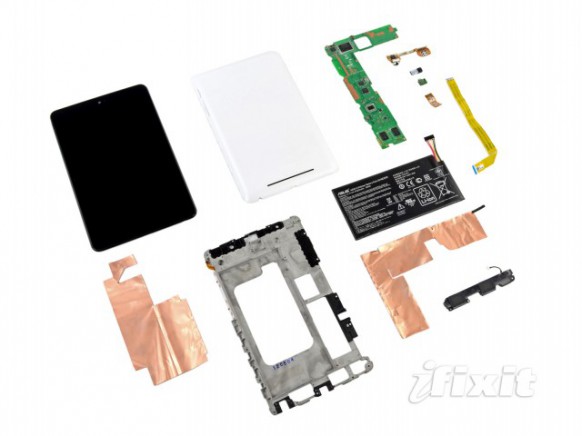 The difference between the iPad’s 2/10 score and the Nexus 7’s 7/10 is, according to iFixit, one millimeter.

“One millimeter. That’s the difference in thickness between the 9.4 mm glued iPad and the 10.4 mm retaining-clipped Nexus,” the iFixit team wrote.

So it definitely seems like Apple are trying to stop consumers opening up its devices more than other companies, which is good for them but definitely a negative for the consumer. Having said that, at a tablet level, it’s not super important. The Macbook Pro Retina however, that’s a different story.