Steve Jobs has once again made the cover of Wired with an all new article asking the question: “Do you really want to be like Steve Jobs?” The publication investigates how the late Apple leader’s management style still affects industry leaders. 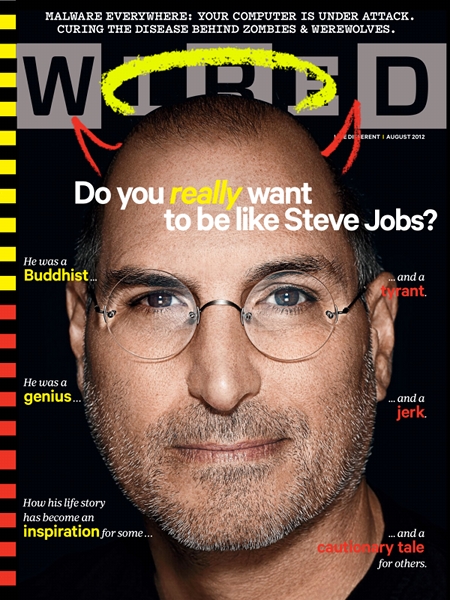 The full story can be downloaded through the Wired app on Apple’s NewsStand, and has also been posted online to read for free! From the article:

Soon after Steve Jobs returned to Apple as CEO in 1997, he decided that a shipping company wasn’t delivering spare parts fast enough. The shipper said it couldn’t do better, and it didn’t have to: Apple had signed a contract granting it the business at the current pace. As Walter Isaacson describes in his best-selling biography, Steve Jobs, the recently recrowned chief executive had a simple response: Break the contract. When an Apple manager warned him that this decision would probably mean a lawsuit, Jobs responded, “Just tell them if they fuck with us, they’ll never get another fucking dime from this company, ever.”

The shipper did sue. The manager quit Apple. (Jobs “would have fired me anyway,” he later told Isaacson.) The legal imbroglio took a year and presumably a significant amount of money to resolve. But meanwhile, Apple hired a new shipper that met the expectations of the company’s uncompromising CEO.

What lesson should we draw from this anecdote?

Jobs’s legacy is still felt in the tech community as his innovative, and yes, aggressive and terse leadership tactics still bear discussion over 9 months after the sad end of his battle with pancreatic cancer.

Isaacson recently noted that Facebook chief Mark Zuckerberg modeled his early management style after Jobs. Zuckerberg apparently looked up to Jobs, and had both private and professional interactions with him as he developed Facebook into the social media leader it is today.