The reservation-only system Apple put in place in China after the near-riot that happened at the iPhone 4S launch appeared to pay off as few crowds showed up for the debut of the iPad mini. 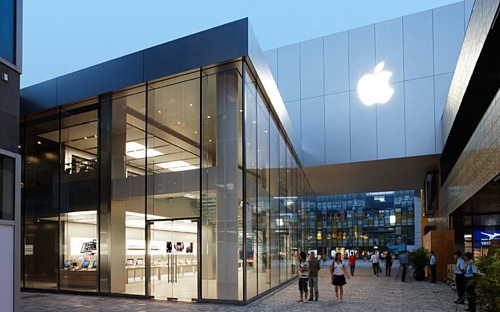 Many of those who turned out for the iPad mini launch in China on Friday were scalpers looking to resell and profit from the device, according to The Wall Street Journal. But Apple’s recently instituted rules have made it tougher for scalpers to get in the way of legitimate customers.

Chinese customers must participate in an online lottery one day in advance to purchase an iPad mini at one of the company’s seven retail stores in China. Those who are selected are limited to two iPad minis and must bring photo identification.

Apple put the system in place after an unruly Beijing crowd disrupted the iPhone 4S launch in January. The crowd prevented Apple from opening its store in Sanlitun, and the company decided to postpone the launch of the iPhone 4S in Beijing and Shanghai.

The Wall Street Journal said one of their reporters was hassled on Friday by a group of scalpers for filming them outside the Apple Store in Sanlitun. The scalpers claimed the reporter was invading their privacy.

“After the reporter pointed out that they were conducting business in a public place, they proceeded to kick, swat and push him as Apple and mall security stood by,” The report said.

Aside from scalpers at that store, there were no crowds for Friday’s launch.