Deciding that it is no longer cost effective to maintain Blackberry support, the Irish government has announced that it will be dropping support for the device in favor of iOS and Android devices. The move affects Teachta Dála’s (TD’s) in the lower house of the Oireachtas (the Irish Parliament). 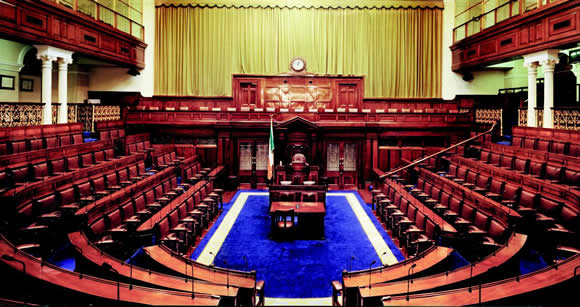 One of the reasons Blackberry support is being dropped is the Oireachtas ICT unit no longer wishes to pay to keep a BlackBerry Enterprise Server running when no such server is required for Android or iPhone devices.

“The provision of support for BlackBerrys carries the additional cost of two separate servers, power, cooling, administration and annual support,” the spokesperson explained.

The government is also initiating a program where it will buy iPads wholesale and then TD’s who want to use the devices refund the cost to the Oireachtas. The original plan was for an outright purchase, but because of budgetary constraints, the governing body has now decided that members who want them must pay the government back for them.

The purchase of the iPads is also a budget-cutting move, as one of the reasons it was determined to pursue the rollout of iPads is a “print on demand” strategy for parliamentary documents.

Instead of every office or department having printers, a smaller number of printers will be strategically located around Leinster House and Dail Eireann, and members will be able to print wirelessly from their iPads using AirPrint, Apple’s wireless printing technology.