As a member of the Apple Developer program, teardown site iFixit was one of the lucky few who got their hands on an Apple TV Developer Kit. And iFixit being iFixit, they immediately tore it down to see what it was made of, and posted their findings on the web for all to see. Apple has banned their developer account in response. 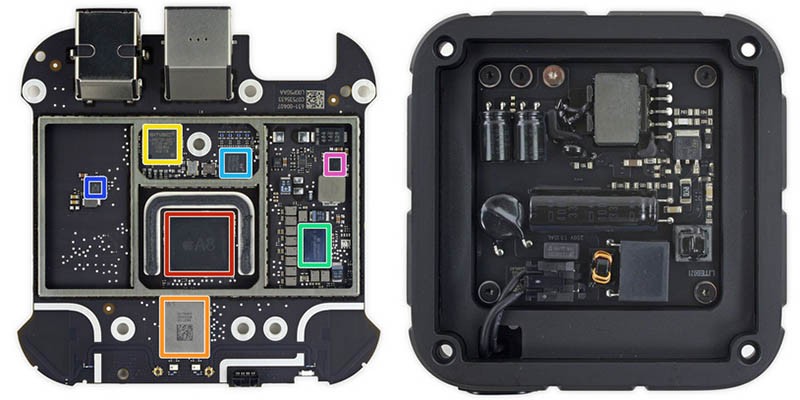 According to a post on the iFixit blog, the teardown, which unveiled all of the internal components of the new Apple TV, violated Apple’s terms and conditions. As a result, iFixit’s developer account was banned, leading to the removal of the iFixit app from the App Store.

While the developer’s kit that was sent to iFixit carried the same restrictions as those sent to other developers, (no disclosure about the kit to the public), they decided to go for it and do a teardown anyway. “We weighed the risks, blithely tossed those risks over our shoulder, and tore down the Apple TV anyway,” says iFixit.

A few days later, we got an email from Apple informing us that we violated their terms and conditions–and the offending developer account had been banned. Unfortunately, iFixit’s app was tied to that same account, so Apple pulled the app as well. Their justification was that we had taken “actions that may hinder the performance or intended use of the App Store, B2B Program, or the Program.”

iFixit doesn’t appear to be too shook up about the whole thing, saying they’ve been planning to revamp their mobile website anyway, and didn’t have any plans to rewrite the app, which has been plagued with bug since the release of iOS 9.