The FBI’s cracking into the iPhone 5c used by San Bernardino shooter Syed Farook didn’t yield any new leads for the bureau, but it did help clear up a few remaining questions about the attack. 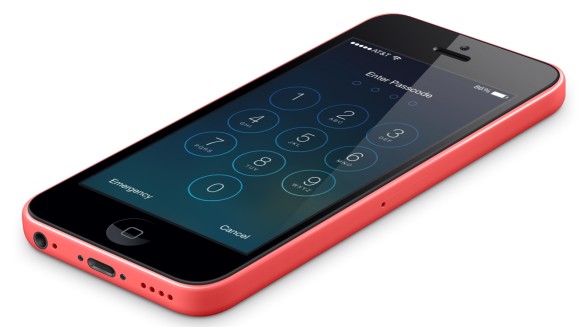 Anonymous U.S. law enforcement officials told CNN that the device did not contain any encrypted messages or other evidence of communications with other ISIS supporters, but it did confirm that Farook had no contact with a third-party during an 18-minute timeline gap.

The FBI also found data on the iPhone that it didn’t previously have access to. (While Apple was able to provide iCloud backup data to the FBI, the device was in use for several weeks after its last iCloud backup.)

The phone has helped investigators address lingering concern that the two may have help, perhaps from friends and family, the officials said.

The phone didn’t contain evidence of contacts with other ISIS supporters or the use of encrypted communications during the period the FBI was concerned about. The FBI views that information as valuable to the probe, possibilities it couldn’t discount without getting into the phone, the officials said.

While the San Bernardino iPhone didn’t provide any new leads for law enforcement officials, that doesn’t mean legal battles over iPhones that have yet to be unlocked won’t continue to be waged in the nation’s courtrooms.

Apple and the FBI are battling it out in a New York courtroom this week, over an iPhone 5s the FBI wants Apple to unlock, which may contain information connected to a Brooklyn drug case. Apple has refused to do so. While an initial request for a court order was denied, the Feds have filed an appeal, and the case is still being decided.