An off-the-cuff comment by Apple CEO Tim Cook during a May interview indicates to some observers that Apple Pencil compatibility for the iPhone is in the cards. Apple journalist John Gruber noted a comment by Cook during an interview with NDTV’s Vikram Chandra when he was asked what the late Steve Jobs would think of the Apple Pencil. 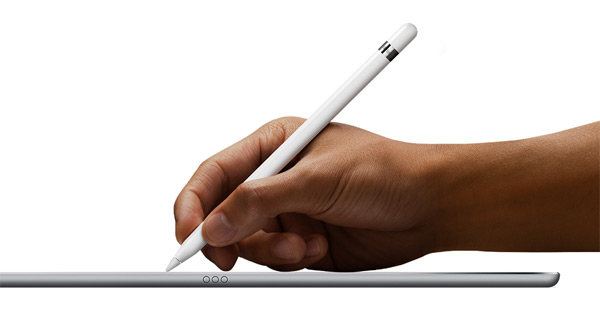 Tim Cook: Well we launched a pencil, not a stylus, first of all, and there’s a big difference, and the things that people are doing with this pencil, I think that Steve would have loved. He loved to help people create. And if you’ve ever seen what can be created with that pencil on an iPad or an iPhone, it’s really unbelievable. You should really show some of these to your audience.

Gruber then wondered aloud whether the comments were merely a misstep by Cook, or if he had inadvertently let the cat out of the bag that the upcoming iPhone would offer Apple Pencil support.

Currently, the Apple Pencil is compatible only with the 9.7-inch and 12.9-inch iPad Pro tablets, due to the display technology required to offer the stylus’ high responsiveness. (Yes, I called it a stylus.) The iPad Pro’s screen scans the Bluetooth-connected Apple Pencil’s signal 240 times per second, allowing it to track its position, along with detecting its pressure and tilt, at a pixel-by-pixel level.

Cook’s comment has led to speculation that while new iPad Pro models are expected for sometime next year, the iPad mini might be discontinued, and Apple might promote the iPhone 7 Plus and its larger screen as a creative device, and Apple Pencil compatibility would certainly help promote it as such.

As usual, all of this is just conjecture and rumors at this point. However, today is the big iPhone event, and if Apple has something like that which is described above up their sleeve, we’ll know in just a few hours. The big event is scheduled to begin at 10:00AM Pacific Time (1:00PM Eastern), and will be live streamed at the Apple website. MacTrast will be live blogging all the action, and will be also be covering in detail what was announced, after the event. So, come back here then for our coverage.