Back in September, Apple submitted an unnamed “wireless device” to the FCC for approval. The device supported both NFC and Bluetooth. Earlier this month, the Cupertino firm sought approval for another “wireless device” featuring the same connectivity and appearing to be a later iteration of the September device. 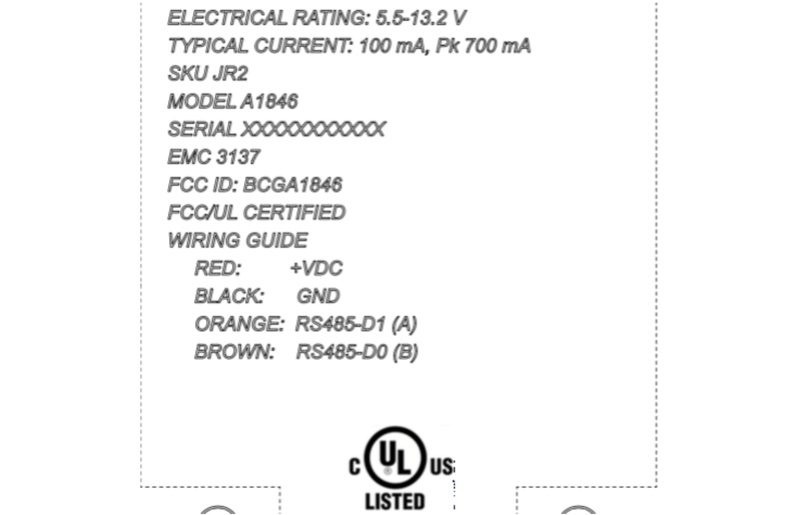 For all of its devices that use communications technologies like Bluetooth, Wi-Fi, and NFC, Apple has to submit them to the United States Federal Communications Commission for approval, and the filings, though restricted, occasionally give hints as to what Apple is working on.

Apple’s Device is Similar to the September Device

The mystery device carries an A1846 model number and isn’t similar to any existing Apple products. No photos of the device are included in the FCC application, but a regulatory label illustration is, and while similar to the September submission, it has been updated to give fewer hints as to the device’s actually design, as seen above. (The September ‘A1844’ submission showed a small portion of a device that appeared to have slightly curved edges and was held together by Torx screws.)

As pointed out in the MacRumors report, the regulatory information is etched directly on the back plate of the device, along with a wiring guide, so the device is likely not intended for the consumer market, but instead may be destined for use in commercial settings, such as a product display unit, or some iBeacon-based device.