Google has updated their newly open-sourced Chrome browser for iOS to version 56. The new version brings a new 3D Touch-activated QR scanner, as well as a redesigned tab switcher layout for iPad users. 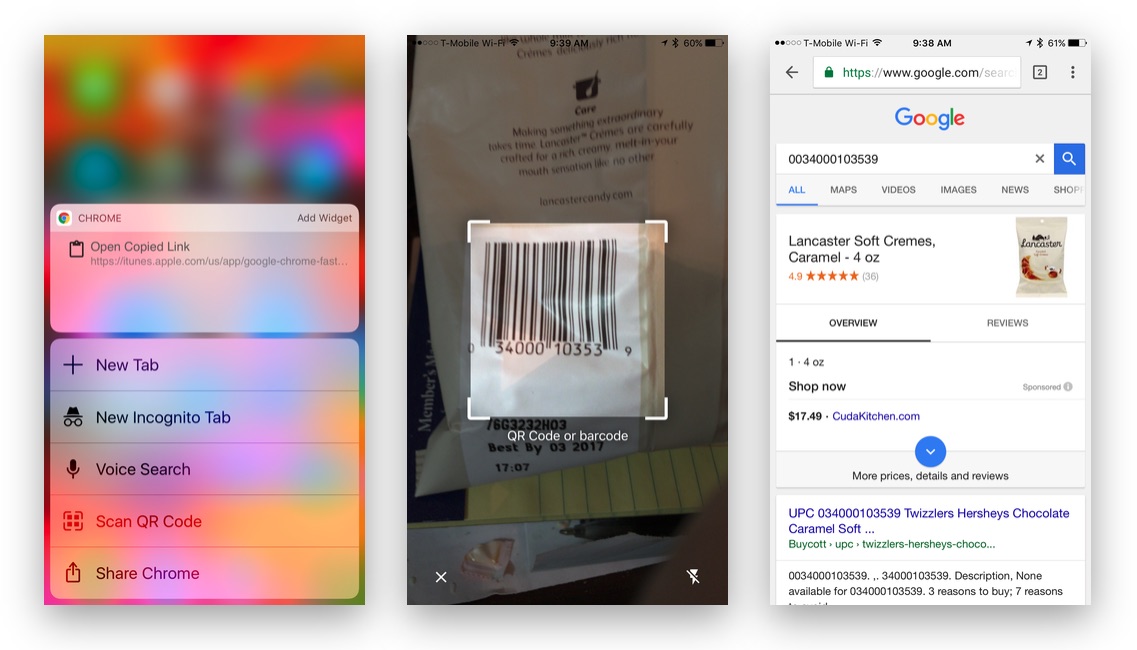 • Scan a QR code or barcode by using 3D Touch on the app logo or searching for “QR” in Spotlight.
• We’ve redesigned the tab switcher layout on iPad to make it easier to access your open sites.

The browser’s built-in QR scanner is accessed via the app’s 3D Touch menu on iPhone 6s and above devices. Users of older iPhones or who use an iPad or an iPod touch can simply search for “QR” in iOS Spotlight search to access the feature.

While QR codes have become somewhat useful as a way to access information from an ad or another source until now it has required downloading a secondary app. Google Chrome’s built-in QR code scanning ability could lead to wider use of the codes by users. The QR scanning feature can also scan UPC codes, as seen above.

Chrome also not sports a redesigned tab switcher layout for iPad devices, which is designed to “make it easier to access your open sites.”

Chrome 56 for iOS is free and is now available for iOS devices in the App Store. [GET IT HERE]