In an interview with CNBC on Monday, investor Warren Buffet revealed that his Berkshire Hathaway holding company more than doubled its Apple holdings. The firm held around 133 million shares in Apple prior to January 31. 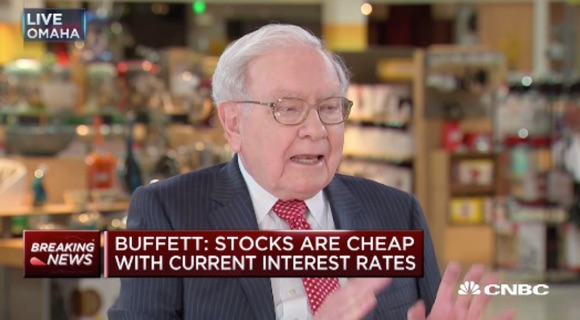 After Jan. 1 and before Apple reported earnings on Jan. 31, Buffett’s Berkshire Hathaway also bought 120 million Apple shares. Asked why, he said, “Because I liked it!”

The purchases that Buffett revealed on Monday give Berkshire Hathaway about 2.5 percent outstanding Apple shares. It also makes Apple one of Buffett’s company’s largest holdings, second only to Coca-Cola.

Berkshire Hathaway held 57.3 million shares in Apple as of December 31, 2016. As of January 31, 2017 the firm held approximately 133 million shares, accounting for around 2.5% of Apple’s outstanding shares, currently worth over $17 billion, if the firm hasn’t sold off any of the shares.

“Apple strikes me as having quite a sticky product, and an enormously useful product to people that use it,” Buffett told CNBC.

Even though Apple’s results have favorable enough for Buffett to up his stake in Apple, he still doesn’t own an iPhone. “I have an iPad. Somebody gave it to me though,” said the famed investor.