On Thursday, Apple announced it was dropping the price of an iPhone battery replacement for iPhone 6 or later owners to $29 in response to complaints of how the Cupertino firm handles power management duties in older iPhones with worn batteries. Now, the do-it-yourself and disassembly gurus at iFixit have announced they will drop the price of their DIY iPhone battery replacements kits to $29 or less. 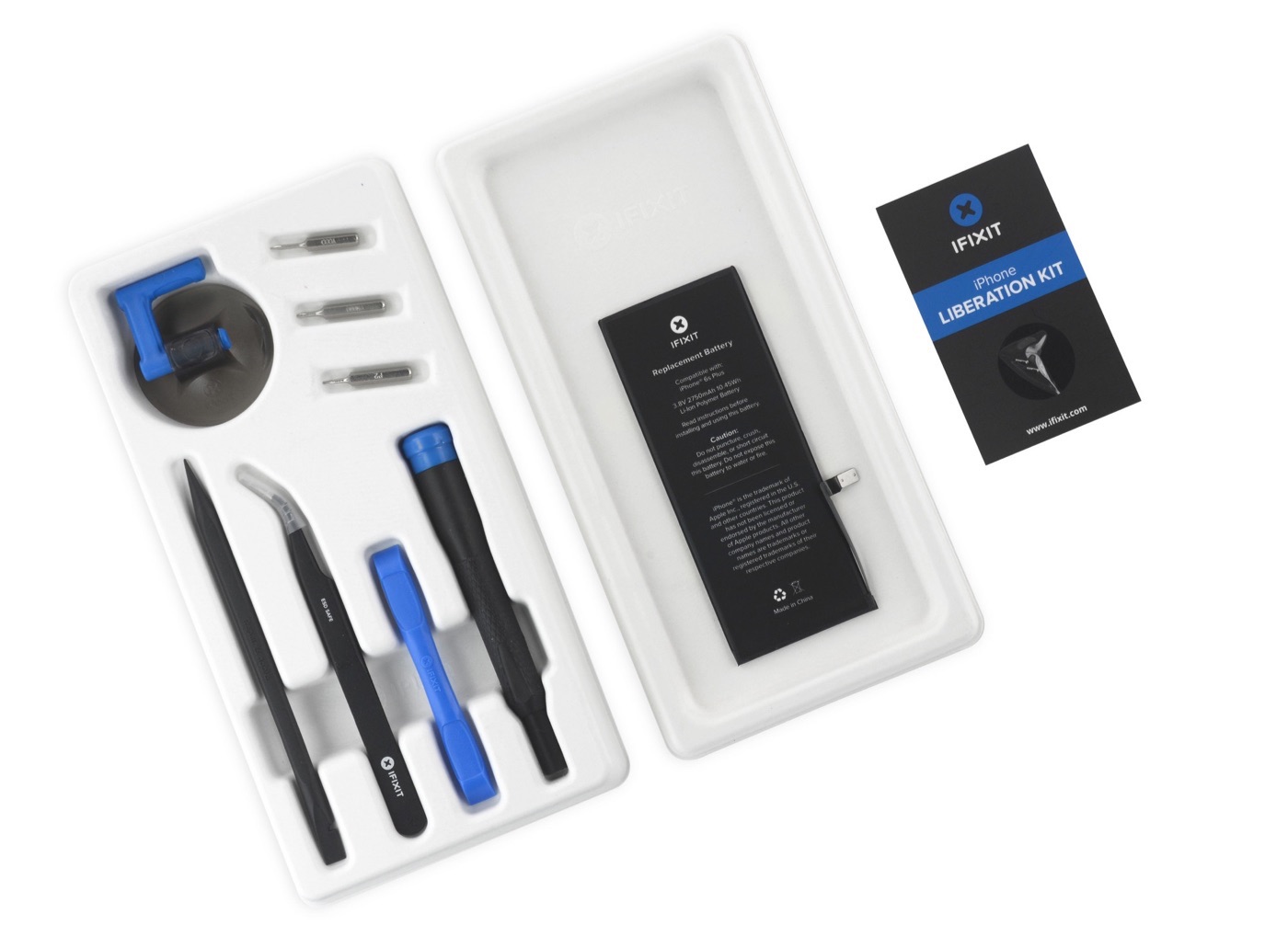 Don’t want to wait for Apple? We’ve got batteries now.

In fact, $29 sounds like a pretty good price. Effective immediately, we’re cutting the prices on all of our DIY battery install kits to $29 or less as well. The kits include all the tools you need to open up and swap your own battery. We also have options for the iPhone 4S, 5, 5s and 5c — which are excluded from Apple’s new program.

If an iPhone user opts for the iFixit offer, they will be required to open their device and replace the battery on their own, while Apple’s offer includes replacement. However, the iFixit deal is an excellent option for those users who don’t live near an Apple Store, or simply do not have the time to sit and wait while their battery is being replaced.

iFixit on the advantages of their kit:

When we ask our customers why they do the repair themselves rather than take it to Apple, they give us a few reasons:

The fixit guru firm also took an opportunity to push for Apple to provide OEM parts like batteries to third-party repair shops and do-it-yourselfers:

This incident underscores the importance of maintenance and repair of electronics. Unfortunately, Apple has been leading the fight against Right to Repair legislation. That legislation would, not coincidentally, require Apple sell batteries directly to consumers and third party repair shops.

This public outcry, and the hard work of journalists around the world, has caused Apple to blink. That’s great, but their proposed fix is only temporary. Battery prices are going back up in a year, and Apple still won’t sell OEM batteries to independent shops. That needs to change.

It’s important to note that while Apple is improving their battery replacement program, every single Android phone manufacturer also refuses to sell consumers integrated batteries or other internal repair parts.

iFixit says that in this month alone, 171,221 people have used their iPhone 6 battery install guide. Across all iPhone models, 509,867 people have learned how to replace their battery this month.