One could argue that iPhone X is as good of a computer device as any iPad, or even as good as the base-line MacBook Pro. Benchmarks released late last year support that the A11 Bionic chip inside Apple’s latest flagship is exceptional, deserving these types of claims. And so is its price.

However, iPhone X prices differ around the world significantly. While we understand that import taxes, sales taxes, value added taxes, and country treaties explain a bulk of the difference in prices, we prepared an infographic to visualize the staggering differences in actual prices, relative prices, and prices as per cent of GDP per capita in respective countries. 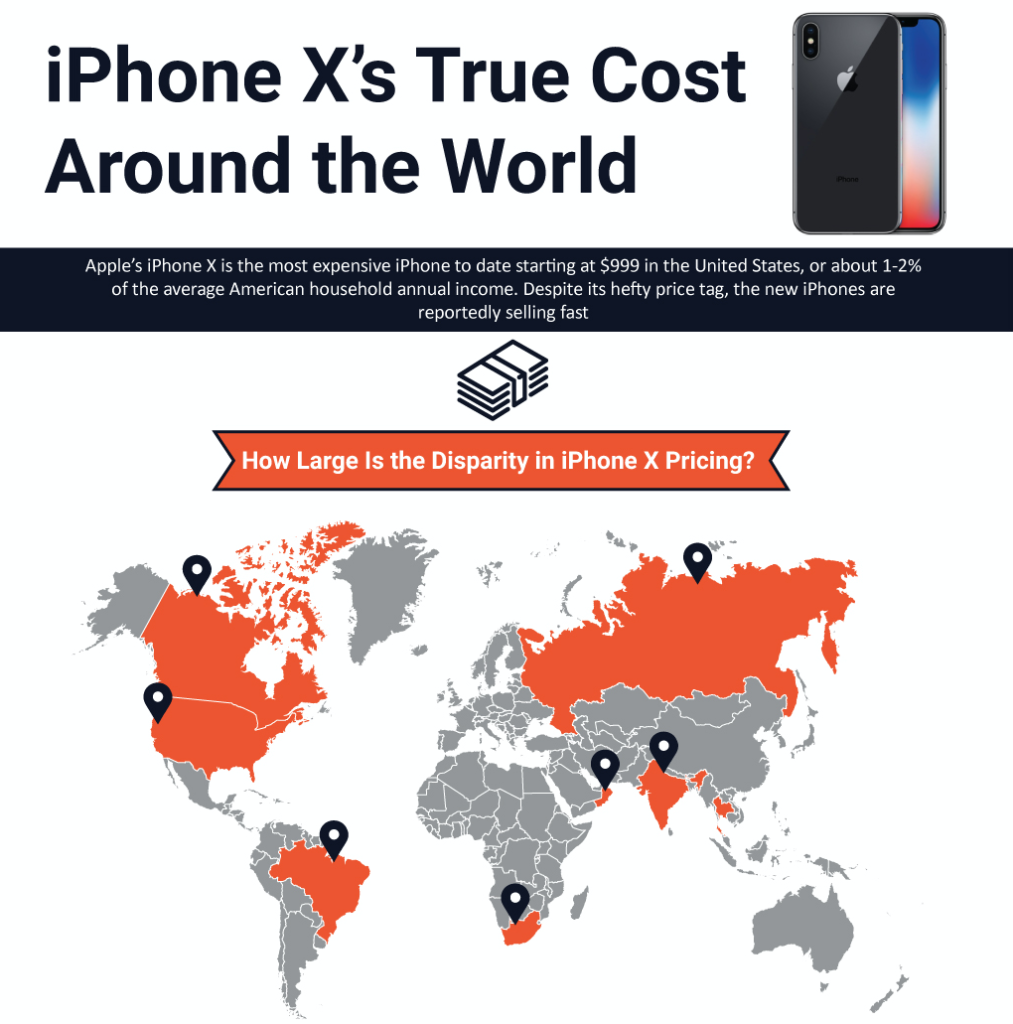 If we account for Brazil’s economy, it would be an equivalent of a US person spending $14,400 on iPhone X, or 25% of the yearly GDP per capita.

Based on data supplied by iDrop News, see how the actual and relative costs differ around the globe. 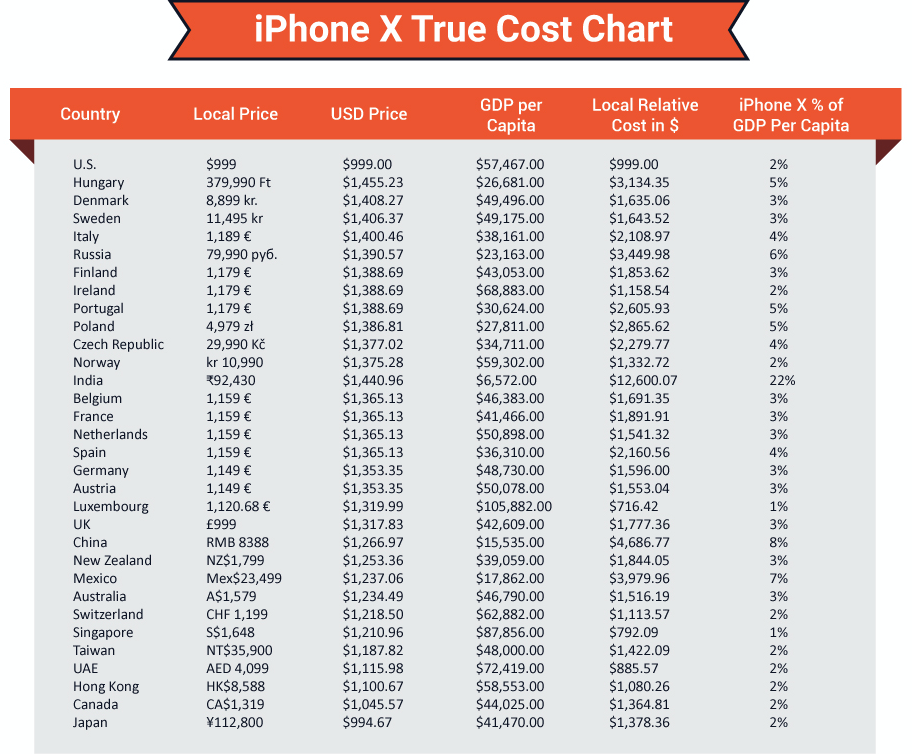