Developer Panic has announced it will soon remove its Transmit file manager app for iOS from the App Store. The company says that revenue from the app isn’t enough to finance its development. 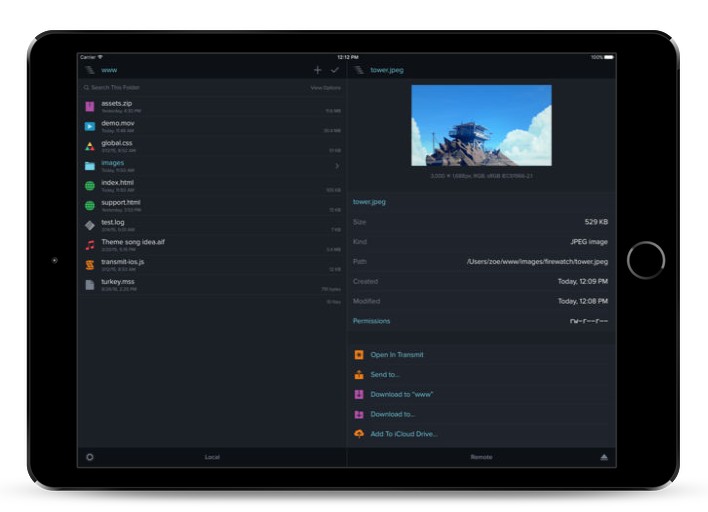 The company announced in a blog that it is “suspending sale of the file manager for FTP/SFTP/Amazon S3 servers “very soon.” While the company says the app was “much-loved” by those that used it, there just weren’t enough users to keep maintaining the app.

Transmit iOS made about $35k in revenue in the last year, representing a minuscule fraction of our overall 2017 app revenue. That’s not enough to cover even a half-time developer working on the app. And the app needs full-time work — we’d love to be adding all of the new protocols we added in Transmit 5, as well as some dream features, but the low revenue would render that effort a guaranteed money-loser. Also, paid upgrades are still a matter of great debate and discomfort in the iOS universe, so the normally logical idea of a paid “Transmit 2 for iOS” would be unlikely to help.

Finally, the new Files app in iOS 10 overlaps a lot of file-management functionality Transmit provides, and feels like a more natural place for that functionality. It all leads to one hecka murky situation.

Panic says everyone that already has the app installed can continue to use it for “foreseeable future.” And they hope that “as iOS matures” there might someday be enough interest for the app to make a comeback.

If you’d like to grab a copy of Transmit for iOS before it is removed from the App Store, it can be purchased here for $9.99.