Apple has announced that Siri has added sports support in nine new countries just ahead of the World Cup. Siri has received a sports-related update for the event in Brazil, Russia, Denmark, Finland, Malaysia, Turkey, Saudi Arabia, and Israel. Siri sports information is now available in 35 countries, including the United States. 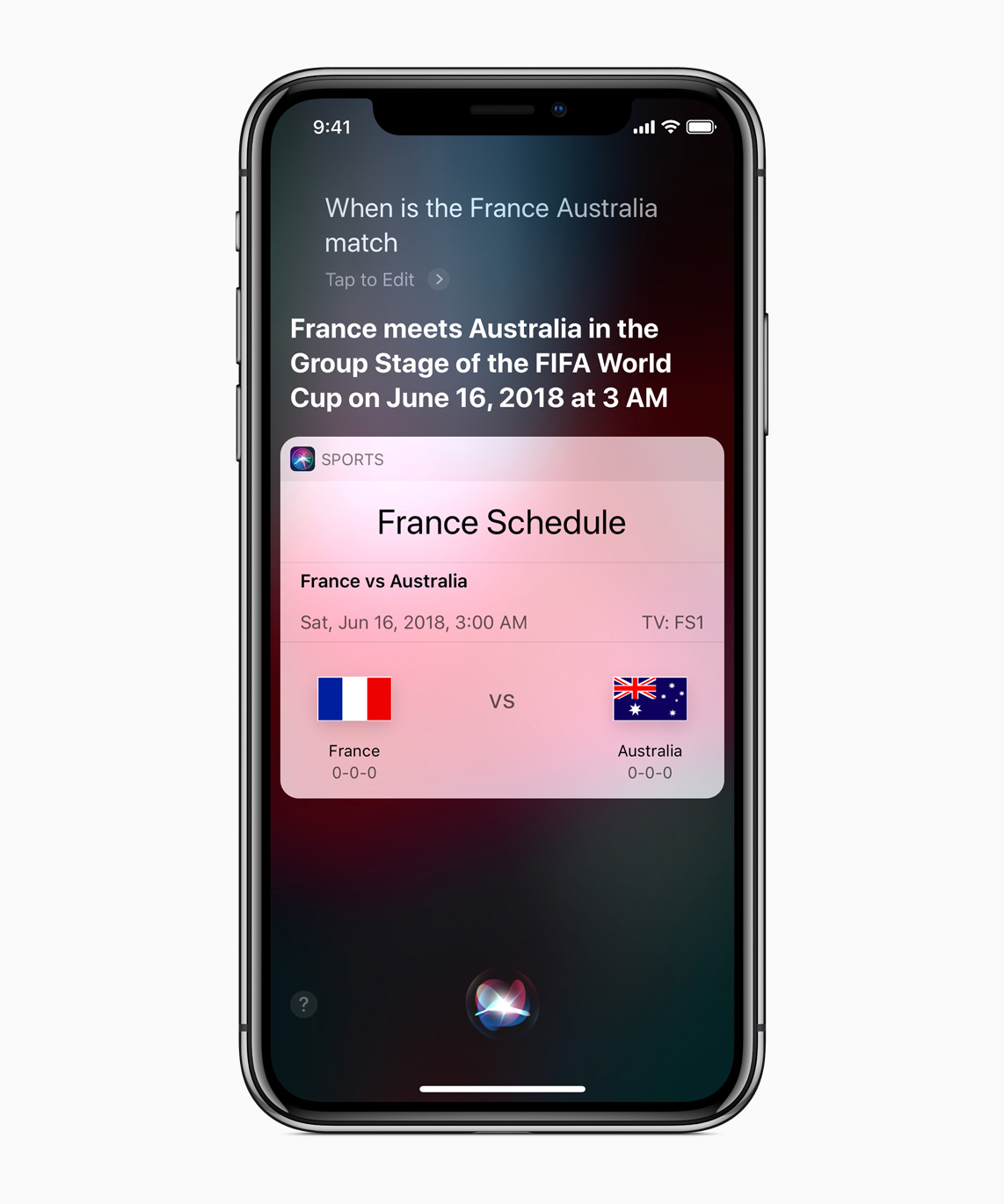 Throughout the month, App Store editors will highlight their favorite apps and games from football stars, offer tips on taking a perfect football photo and how to best get your football fix on social media. The App Store will also feature football-related apps and games and broadcaster apps like FOX NOW or BBC Sport, and games like FIFA Mobile and PES 2018. 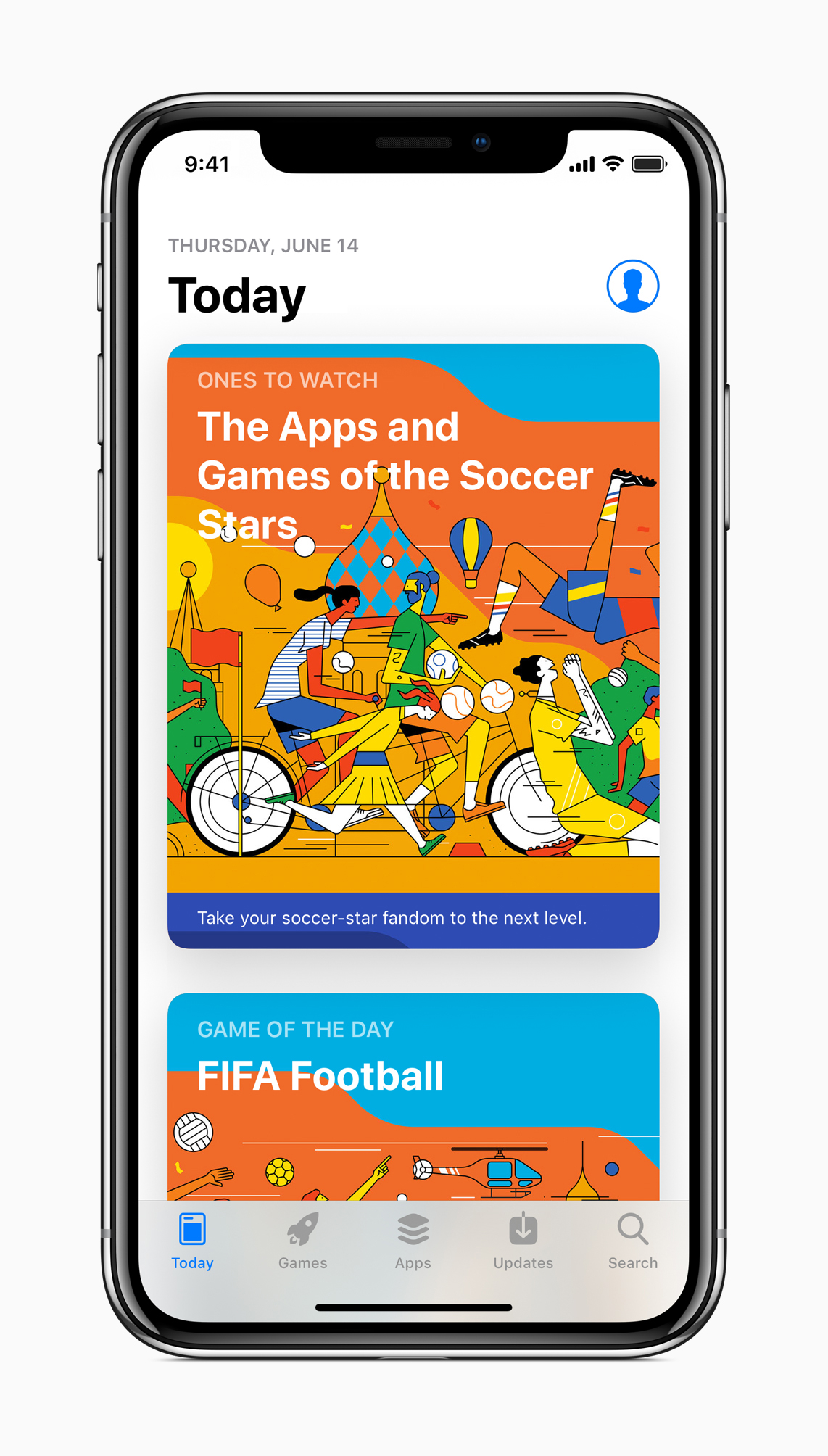 The TV app on iOS and Apple TV will feature World Cup coverage in the FOX NOW app in the United States and TSN and RDS apps in Canada. Fans will be able to follow their favorite teams via the TV app’s “Up Next” feature.

World Cup content will also be available in the News app, with up-to-date scores and schedules, a knockout bracket and profiles of the event’s key players from Eight by Eight magazine. Apple Music will feature playlists for each of the 32 World Cup participating nations. 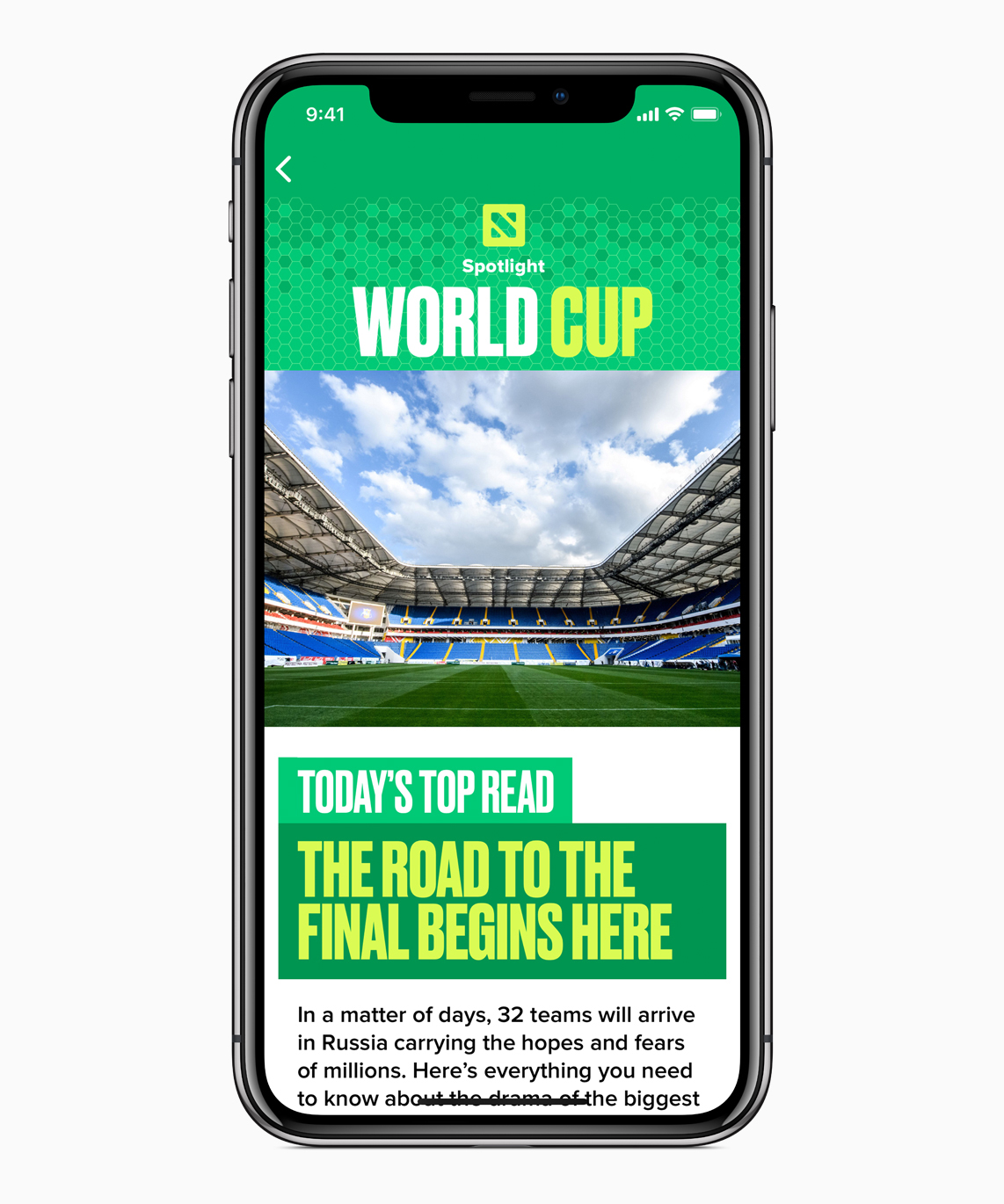