Apple is allowing beta testers of iOS 13, iPadOS, and macOS Catalina to sign-in to the iCloud website by using Touch ID or Face ID on their devices.

MacRumors reports users running a beta version of one of the beta operating systems can now sign-in with their Apple ID using Face ID or Touch ID, whichever one is supported by their device.

When a beta user visits icloud.com, they are redirected to beta.icloud.com where they are prompted to sign-in to the website using the Apple ID associated with their device. Users can then sign-in using Face ID or Touch ID, removing the need to enter their password to log in. 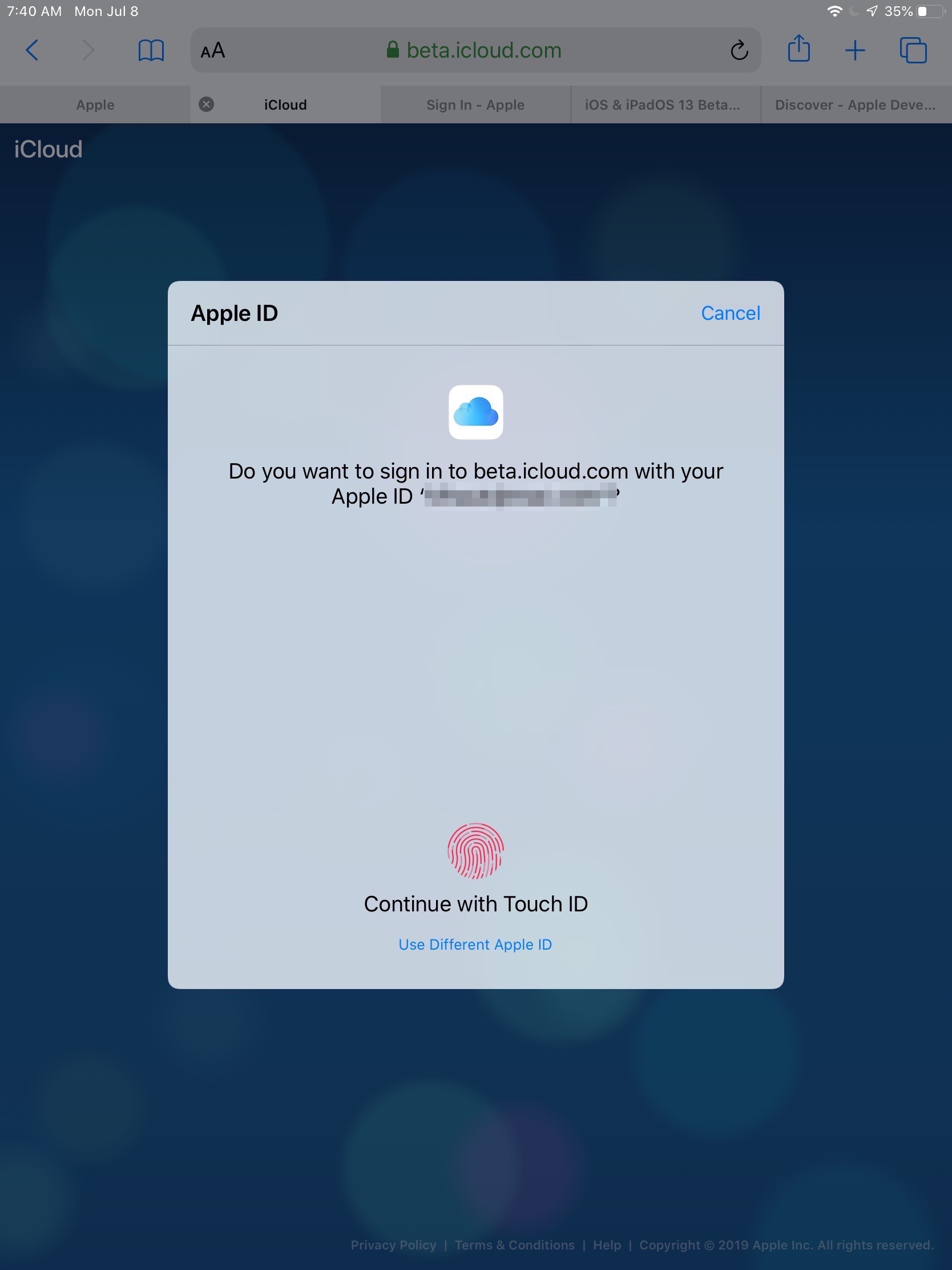 The screenshot above was taken from my 10.5-inch iPad Pro running the latest iPadOS developer beta. The device supports Touch ID.

Mac user that have the new 2018 MacBook Air or a Touch Bar-equipped MacBook Pro are seeing a similar sign-in process that uses their fingerprint to authenticate their account.

This simplified sign-in process is likely connected to Apple’s upcoming “Sign In with Apple” feature that allows users to sign-in to apps and websites using their Apple ID.

The feature is intended to be a more secure alternative to sign-in capabilities offered by Facebook, Google, and Twitter. It authenticates using Face ID or Touch ID, and doesn’t send any personal information to app and website developers.

Sign In with Apple also allows users to create a randomly-generated email address for use when signing up for a third-party website or app.

The new feature is expected to be available to the public alongside the debut of Apple’s new mobile and desktop operating systems, this fall.