Apple’s new Mac Pro, which still hasn’t been released to the public, has been spotted in the wild this weekend at the studio of DJ and producer Calvin Harris.

The new Mac, which is still listed on Apple’s website as “coming this fall,” was seen in an Instagram story offering his followers a peek into his production studio. The signature cheese grater case and carry handles of the new Mac Pro can be seen in the video, sitting on the floor next to a desk.

The photo indicates Apple has apparently shared the new high-powered machines with creatives, in an effort to give them a feel for its potential, and perhaps receive feedback on the machine, ahead of its public release, which is looking more and more like it could be any day now.

Mac Pro features Xeon processors up to 28 cores, with 64 PCI Express lanes for excellent performance and massive bandwidth. It provides over 300W of power, and its state-of-the-art thermal architecture allows the processor to run fully unconstrained all the time. 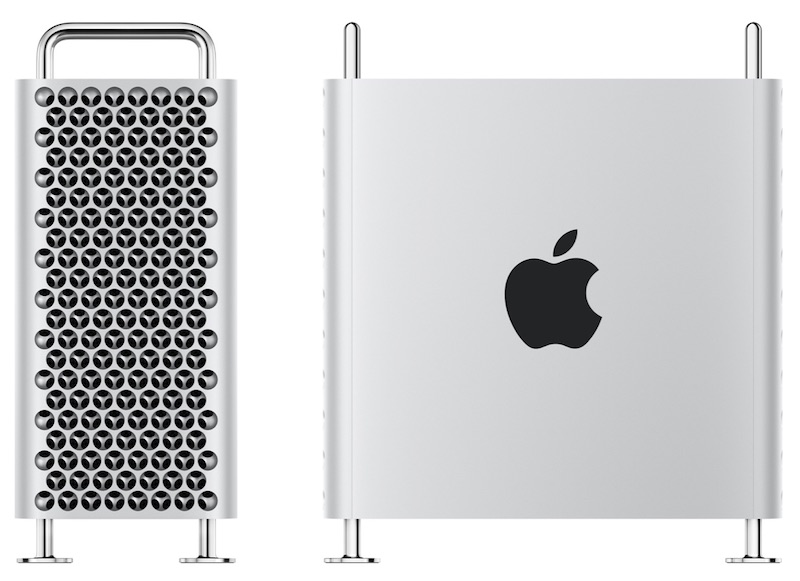 The Mac Pro provides enormous memory capacity, with a six-channel memory architecture and 12 physical DIMM slots, the new Mac Pro allows for 1.5TB of memory, the most ever available in a Mac. Eight PCI Express expansion slots come along for the ride, twice that of the previous-generation Mac Pro tower.

The new Afterburner features a programmable ASIC capable of decoding up to 6.3 billion pixels per second. Video editors using high-quality cameras that require the conversion of native file formats into proxies for easy editing can now use native formats right from the camera and decode up to three streams of 8K ProRes RAW video and 12 streams of 4K ProRes RAW video in real time.

The new Mac is housed in a stainless-steel space frame with an aluminum housing that lifts off for 360-degree access to the entire system. The frame features smooth handles for easily moving Mac Pro around the studio. The housing also features a stunning lattice pattern to maximize airflow and quiet operation. An optimized version for rack deployment will be available this fall.

Apple officially announced the the super-powered Mac on June 3, and the company has been teasing a fall release on its website since then, without specifying an official launch date. The Mac Pro’s base price is $5,999, making it an option for only the most serious users. The $6,000 Pro Display XDR is expected to be released at the same time.