References to Apple’s much-anticipated lower-cost “iPhone 9” have appeared online, one appeared on a Chinese e-commerce site, while another appeared on Verizon’s smartphone trade-in page.

A page on the Chinese retailer JD.com website contains a placeholder for Apple’s “iPhone 9” that includes a teaser image of a veiled smartphone, but the page lacks any specific specifications. The page could simply be a case of the site preparing to be ready for a new lower-cost iPhone handset just in case. The entry was first notices by tech blog MySmartPrice. 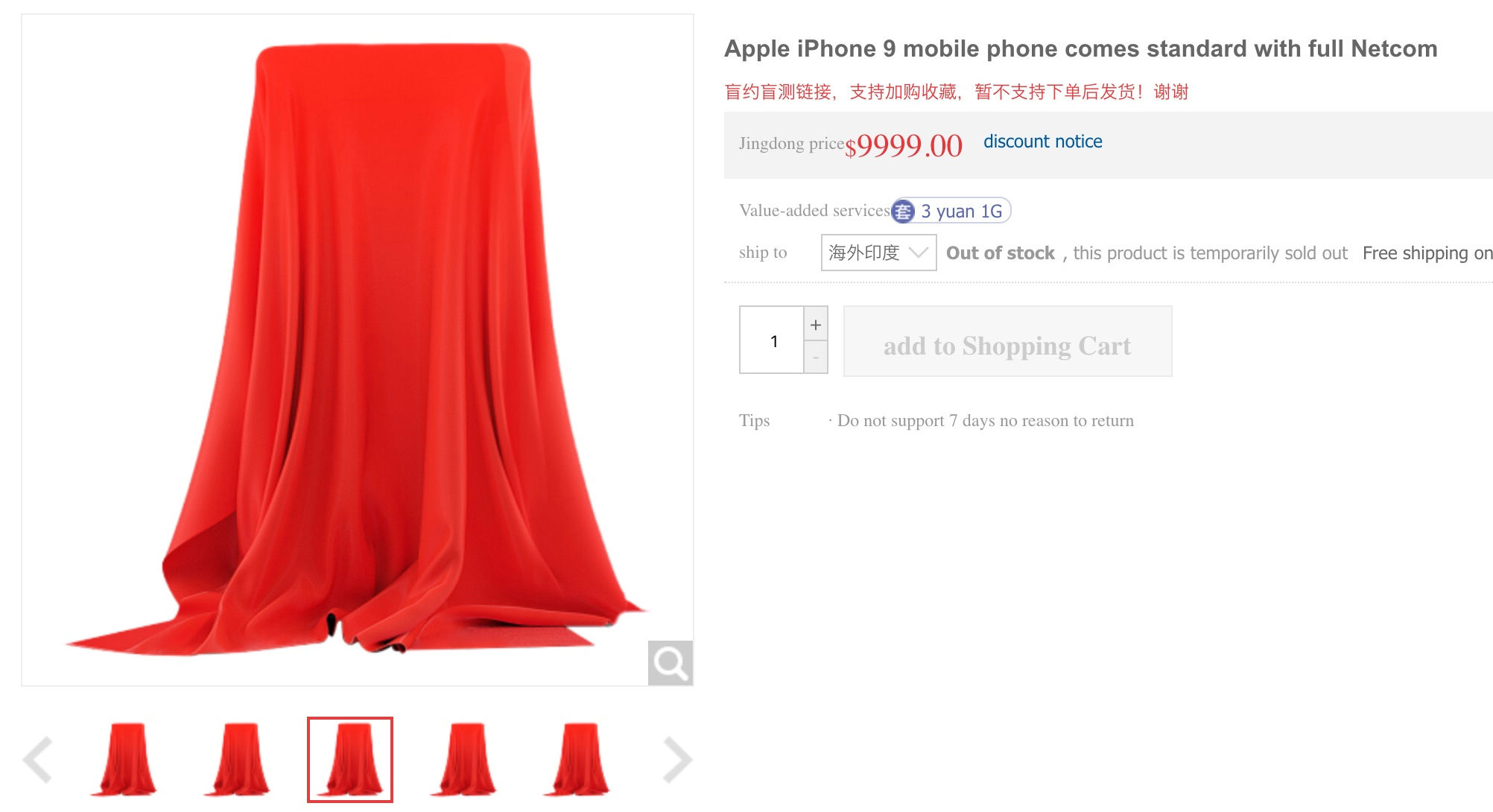 Another “iPhone 9” reference, first seen by leaker Jon Prosser, is a mention of an “iPhone 9” in a list of smartphones that are eligible for Verizon’s trade-in plan on the cellular provider’s website.

Verizon slipped and mentioned the new “iPhone 9” on their trade-in page. 👀 pic.twitter.com/N1qkuFHN3i

Apple’s new lower-cost iPhone is expected to debut any time now, and recent reports indicate Apple will continue to use the “iPhone SE” moniker for its lowest-cost handset. Last week, it was predicted the new iPhone would debut Friday, April 3, but nothing happened. Other indicators of a new iPhone release were reported arrivals of new style 4.7-inch iPhone cases at retailers, including Best Buy.

The new lower-cost 4.7-inch iPhone is rumored to carry a $399 price tag, will feature an A13 chip, a 4.7-inch display, a single-lens rear camera, and a Touch ID button. The handset is said to be available in white, black, and red color options. It is expected to offer 64GB, 128GB, and 256GB storage capacities.

No media events (which would be virtual due to the coronavirus outbreak) have been scheduled, so it is likely any new iPhone release would be announced by a press release.