The UK government’s NHS COVID-19 contact tracing app is rolling out to residents of England and Wales today. The app is available from the iOS App Store. The app is also available to Android users in the Google Play Store.

The app release comes a week and a half after the UK government announced that it would launch on September 24. The app began testing a month and a half ago, being tested by NHS Volunteer Responders, Isle of Wight residents, and Newham residents. 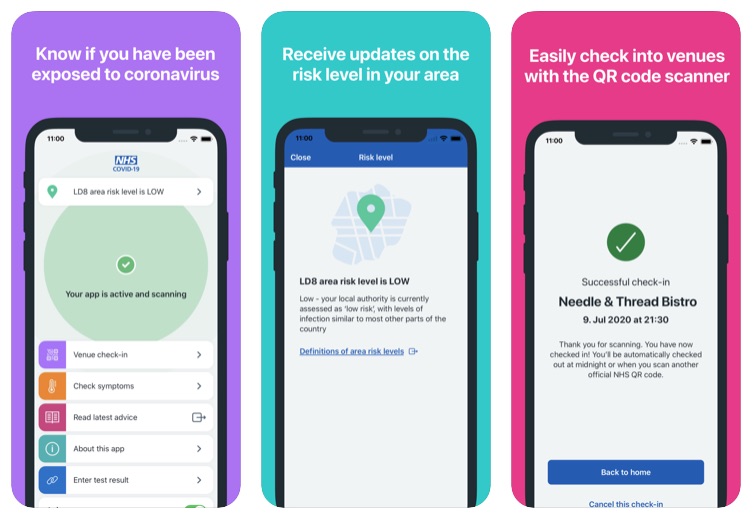 The API allows iPhone and Android smartphones to communicate with each other for contact tracing purposes only. If a user has been near someone that later tests positive for COVID-19, they will receive a notification, allowing them to take the proper steps to self isolate and seek medical help if needed.

The NHS COVID-19 app will also let users scan QR codes to register visits to locations like stores and restaurants to aid in contact tracing. UK businesses are being encouraged to display QR posters for visitors to scan.

The app is available to iPhones running iOS 13.5 or later, as well as compatible Android smartphones. Both platforms are able to interface with each other.

The NHS had originally intended to use a solution that did not make use of Apple and Google’s privacy-respecting Exposure Notification API, but after testing, the NHS changed course and decided to make use of the Apple/Google API.

MacRumors reports that ‌Exposure Notification‌ apps have already launched in Scotland and Ireland, as well as in Canada, Denmark, Germany, Poland, and other countries. In the United States, Virginia, North Dakota, Arizona, Delaware, Nevada, Alabama, Wyoming, North Carolina, and Pennsylvania have launched apps that use Apple’s ‌Exposure Notification‌ API.