Facebook today unveiled its first smart glasses, which it created with Ray-Ban. The new smart glasses, dubbed “Ray-Ban Stories” are base-priced at $299 and come in 20 style combinations.

The new “smart glasses” do not boast a built-in display. They are limited to making phone calls, snapping photos, and listening to music.

5-megapixel cameras built into each side of the frame, which have the ability to record photos and 30-second videos using a button or hands-free with the Facebook Assistant. A built-in LED light illuminates when you’re taking a photo or a video so other people know they’re being photographed or recorded. 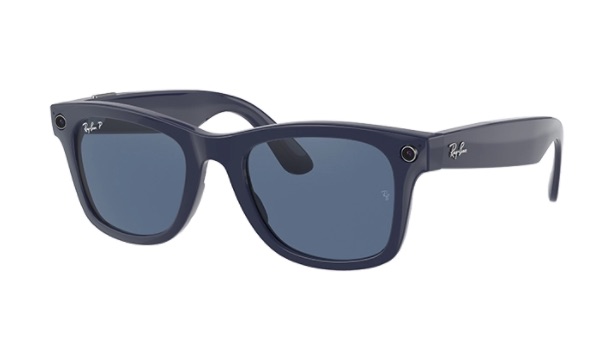 The Ray-Ban Stories have open-ear speakers to allow music listening, and a three microphone array comes in handy for calls. A built-in battery that lasts for up to six hours and Facebook says an included portable charging case will provide up to three consecutive days of glasses use.  However, some reviewers say the battery drains quickly if the glasses aren’t turned off while not in use.

The Ray-Ban Stories come in several classic Ray-Ban styles and are available in five color options. Lenses include clear, sun, transition, and prescription.

Facebook’s Ray-Ban Stories can do so from the Ray-Ban website starting today. They are also available in select retail stores in the United States, Australia, Canada, Ireland, and the UK.