Timekettle’s cloud-connected and artificial intelligence-enabled real-time translating earbuds, the WT2 Edge, have been found to work even better than their M2 earbuds from last year. These true wireless Bluetooth 5.0 earbuds are a great deal even without its worldwide accessible translation engines, now with offline mode. The WT2 Edge Offline model earbuds are $299, direct from Timekettle.

This time around, the WT2 Edge earbuds case reminds me of something from Apple, rather than a magnetic M2 case that is split down the middle. I like the feel and design of the case. The earbuds are 33% smaller, and 46% lighter than the WT2 Plus earbuds. The case shows the charge level with four white LEDs. This will fit easier in change or jacket pockets.

What’s In The Box: 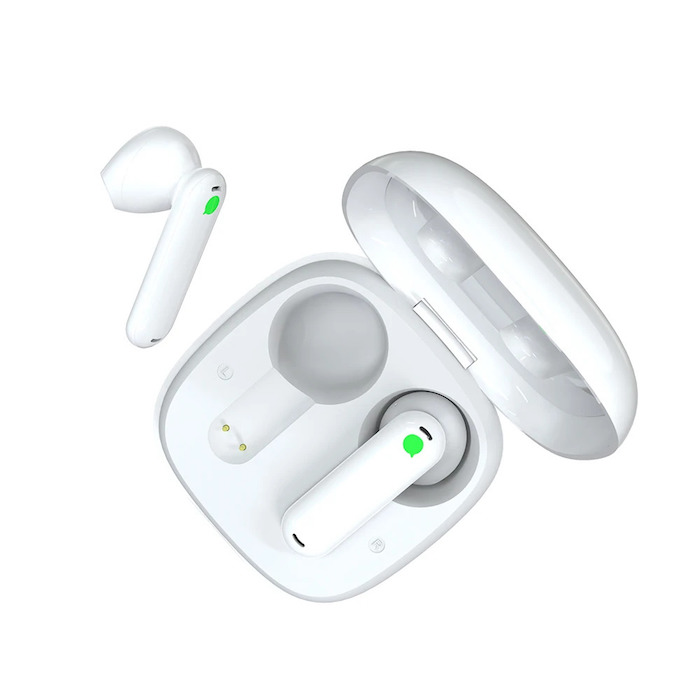 There is a major difference between the WT2 Edge and the M2 translation earbuds that I reviewed last year. These only provide translations with the use of the Timekettle app. The earbuds will not play music, they do not work for taking calls or connecting via the Bluetooth menus on the iPhone or Android.

The Timekettle app takes care of the Bluetooth connection once they are powered on and you are signed into an account. It takes a little getting used to operating a pair of earbuds without the phone’s Bluetooth menu, but they do work really well for translating conversations. 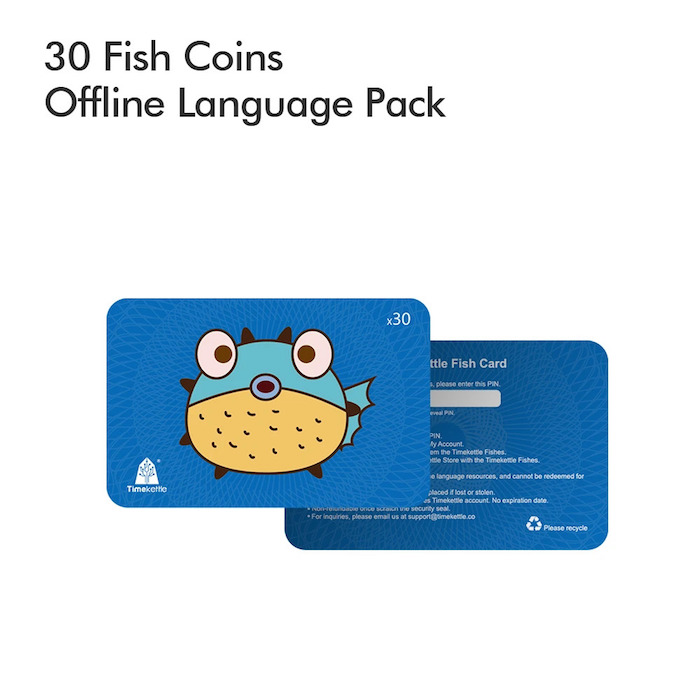 The package comes with a Fish Card that supplies 30 Fish Coins to purchase and download your most necessary languages for offline translation. Each language pack costs five Fish Card coins. 30 Fish Coins gets you six languages that can be downloaded into the Timekettle app.

You may purchase Fish Cards separately at $60 each for an additional 30 Fish Coins. Language packs are specific per Timekettle earbuds model. So make sure you use the credits for the correct earbuds set. 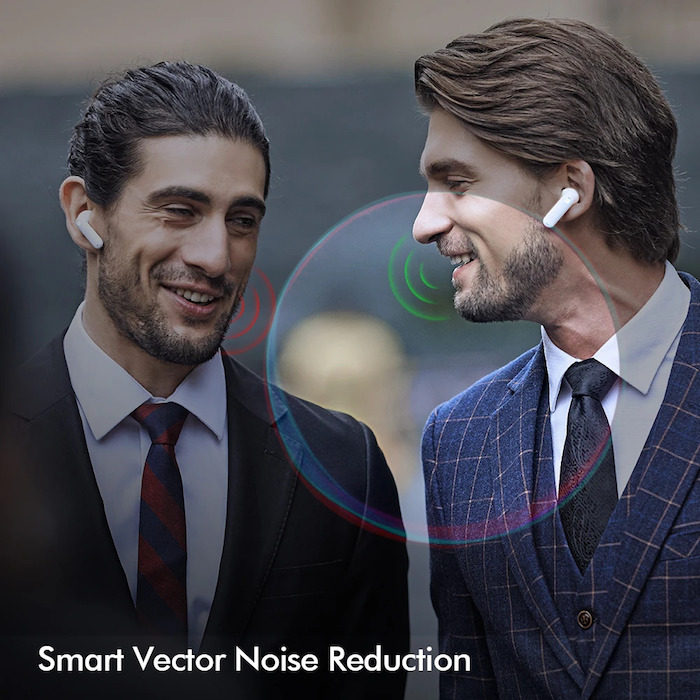 These earbuds have adaptive noise cancellation, which includes beamforming and a neural network algorithm, which drastically improves the quality of voice input to hear you better. VAD or voice activity detection picks up a voice and the following translations are then automatic. 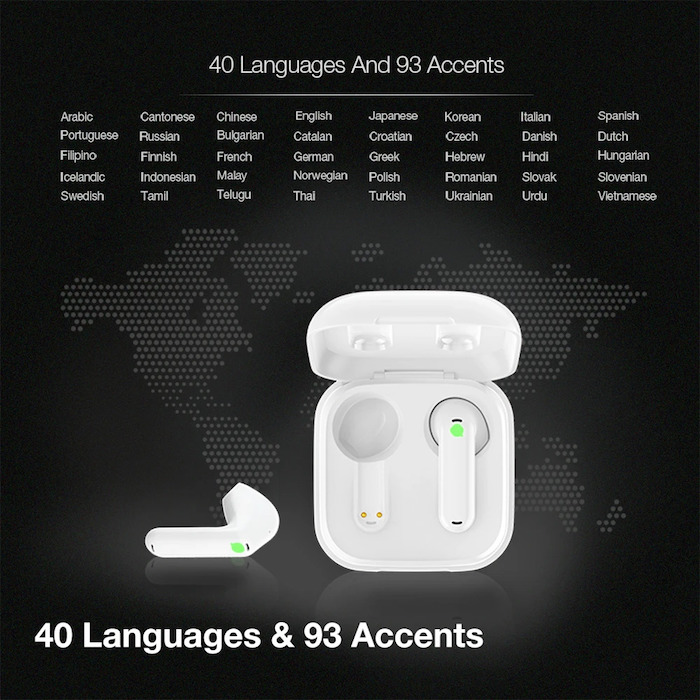 An incredible 40 languages, 93 accents, and 12 translation servers around the world give you access to use the WT2 Edge Ai-enabled translation earbuds in 95% of the world population. For everywhere outside of that, use the offline mode.

There are three easy modes that the WT2 Edge translating headphones operate in with the Timekettle app. These modes are similar on the iPhone and Android. 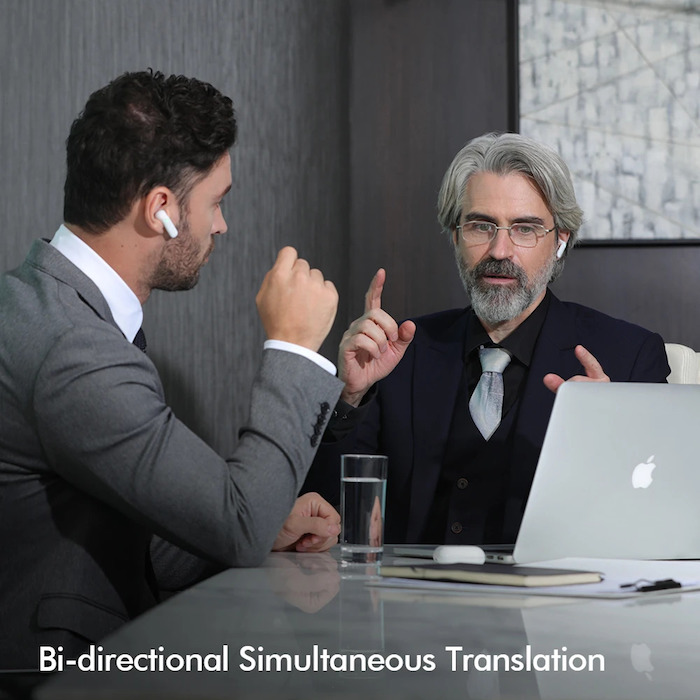 The first one is called SIMUL Mode. This is the best mode for face-to-face chats. Share one of the earbuds and the following discussion will be translated in near real-time as fast as .5 seconds.

The second one is called Touch Mode. Simply touch your WT2 Edge earbud when there is something to say, and it will then be translated and sent to everyone else using an earbud who are listening nearby.

The third one is speaker and listening mode. While wearing one of the WT2 Edge earbuds, say something that needs to be translated. The Timekettle app will translate it and send out the message via the smartphone’s speaker so that the person next to you can hear it.

Having an offline translation option is crucially important when visiting countries that have firewalls that block access to various servers on the Internet. The Timekettle translation system even works inside of Mainland China.

Being able to translate a live conversation online and offline shows how much innovation and technology goes into a pair of cloud-connected AI-enabled translation earbuds. Timekettle constantly updates its cloud translation services. Additional languages are being added in the future as well. 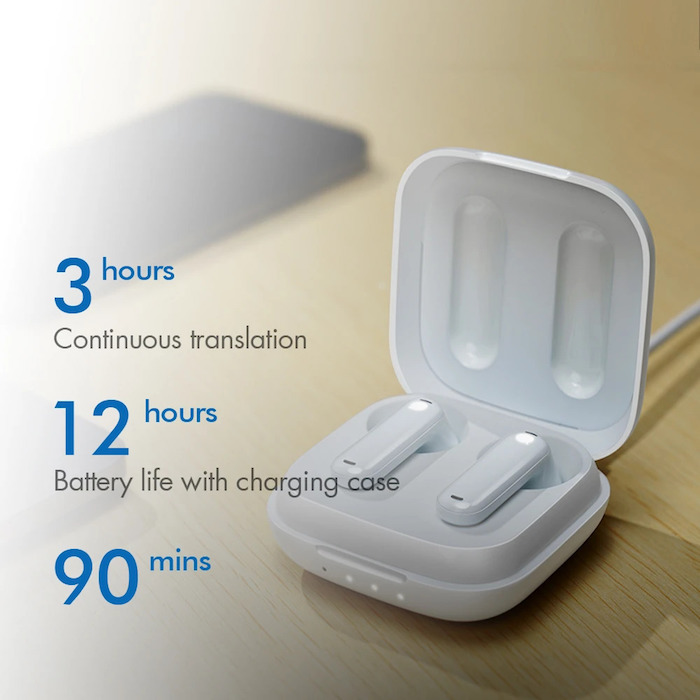 I have been in meetings with multiple languages spoken that have gone over a few hours. The WT2 Edge can handle up to 3 hours of continuous translations, up to 12 hours of battery life with the charging case, and a charge time of about 90 minutes over USB-C, wireless charging is not available.

Taking notes during events or meetings with multiple languages is nearly impossible. The WT2 Edge along with the Timekettle app can generate meeting minutes, in the language you need, and automatically save them in the cloud for use later.

Maximizing communications and understanding in smaller meetings, up to six people, which can also be accomplished with three pairs of the WT2 Edge earbuds, six earbuds with one smartphone. Then set two languages for each one. Translations as low as .5 seconds between three pairs of earbuds with one Timekettle app are a cool way to communicate effectively during an important meeting. 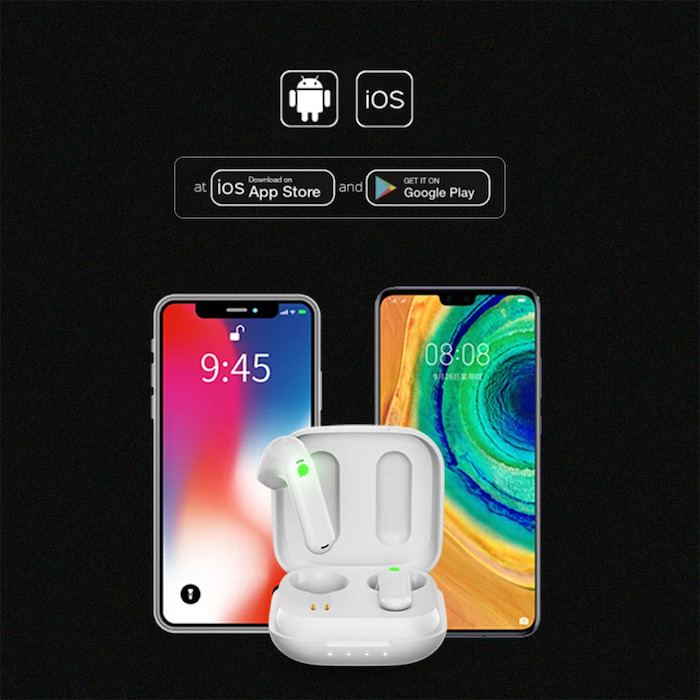 Timekettle’s Android app has one more trick that is sure to help many travelers, students, and business people at events where multiple languages are spoken. Their app was recently updated on December 17th, which now supports 40 languages and a group of up to 200 people that may participate with instant translation. Also, Timekettle added a better noise reduction algorithm and a Listen Mode for the WT2 Edge and WT2 Plus earbuds. The iOS app update, that includes this feature, will be made available soon, according to the company. 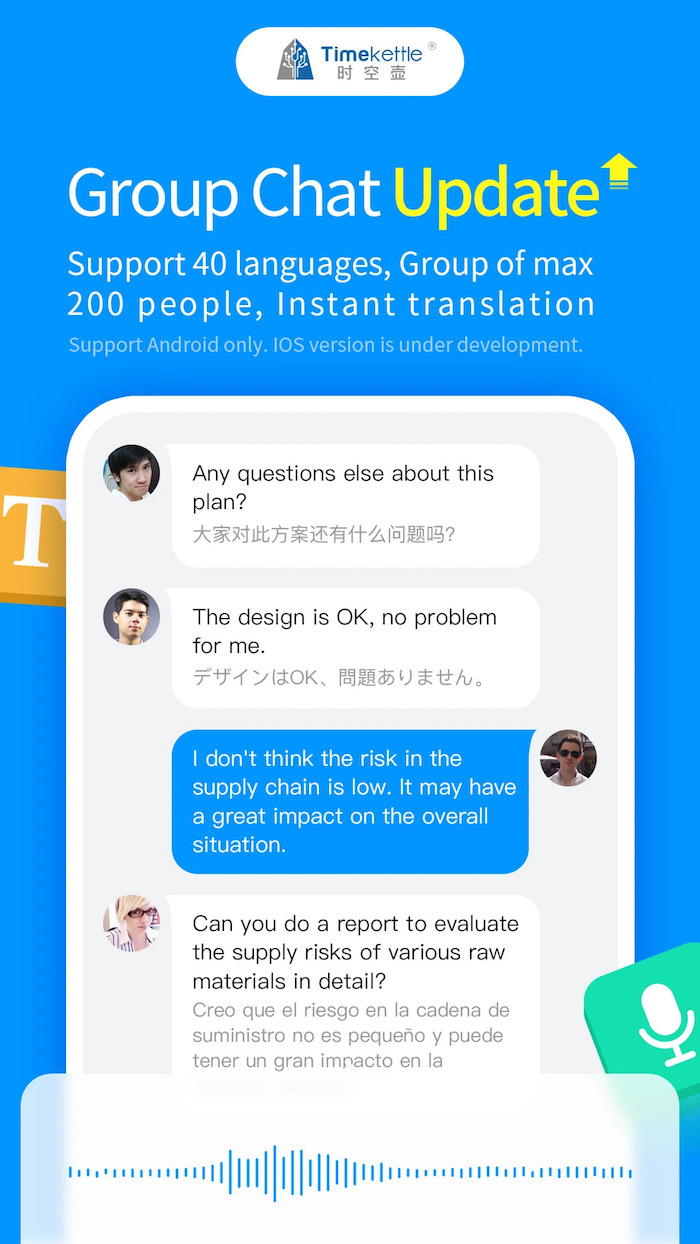 Communicate around the world, or chat with those that cannot leave their home country, with Timekettle’s newest WT2 Edge AI-enabled earbuds and app. Their original pair helped me in various situations where no one spoke English. It is amazing what can get done when everyone understands what is happening. Get a pair of the WT2 Edge offline translation earbuds for $299 direct from Timekettle.

Disclosure: I was supplied the Timekettle WT2 Edge Offline Translation Earbuds at no cost for review. All thoughts and opinions are my own. Some photos may be courtesy of Timekettle.