There’s little doubt that Apple’s Retail Store program has been immensely successful. A new report today affirms this fact by revealing that Apple has achieved another impressive milestone this year, and has now welcomed over 1 billion visitors to its retail stores. 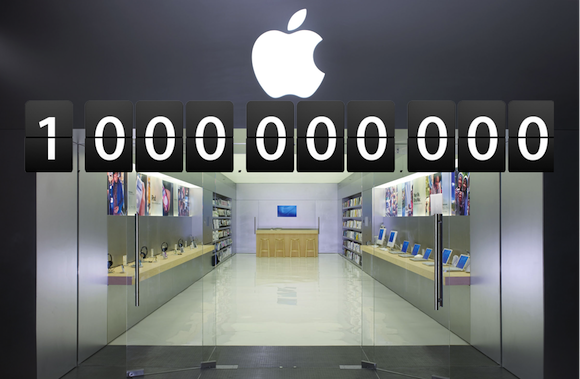 Apple has recently commemorated it’s 10th retail anniversary, and ammassing over 1 billion visitors in that timeframe is truly an incredible achievement. In fact, this entire year has been one for the record books as far as Apple reaching milestones. Earlier this year, the App Store saw its 15 billionth download, their stock recently hit an all-time high, and the App Store approved it’s 500-millionth app.

Apple Retail has been in business for 10 years. During this period, we have had over 1 billion visitors through our doors, many of whom are new to the Mac, as the Apple Store is the best place to learn about all the latest products from Apple.

Apple’s first retail store opened in Washington DC in May, 2001, and now, 10 years later, there are over 330 Apple Retail Stores scattered around the globe. Apple believes that this success is largely due to their excellent customer service (not to mention the fact that they make such great products):

Service is the hallmark of every Apple Store and the response from customers has been overwhelming. We had over 1 million customers sign-up for our Personal Setup offering last quarter alone.

I’m not one to disagree – I’ve experienced more than one instance of incredible over-the-top customer service from Apple. They truly seem to value their customers. So, serve up some iPhone-shaped fruit salad, sit tight, and await the likely release of Lion tomorrow. If you’re an Apple customer, rest easy. Life is good.